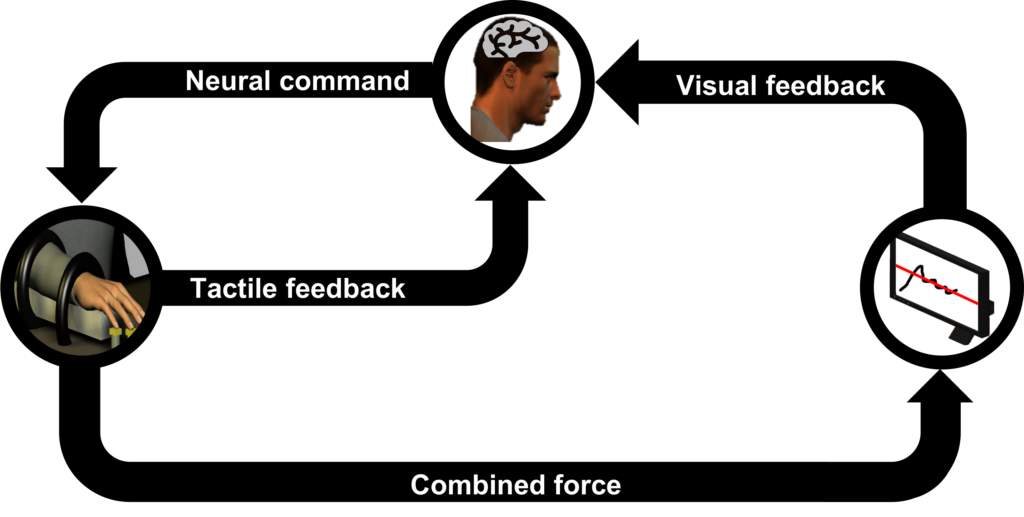 Motor synergies are neural organizations of a set of redundant motor effectors that interact with one another to compensate for each other’s error and ensure the stabilization of a performance variable. Recent studies have demonstrated that the central nervous system synergistically coordinates its numerous motor effectors through Bayesian multi-sensory integration. Deficiency in sensory synergy weakens the synergistic interaction between the motor effectors. Here, we scrutinize the underlying neuro-mechanical mechanism behind this phenomenon through spectral analysis and modeling. We validate our model-generated results using experimental data reported in the literature collected from participants performing a finger force production task with and without tactile feedback (manipulated through injection of anesthesia in fingers). Our spectral analysis demonstrates that the error compensation feature of synergies occurs only at low frequencies. Besides, our model shows that the neurophysiological structures involving short-latency back-coupling loops similar to well-known Renshaw cells explain the deterioration of synergy due to sensory deprivation. 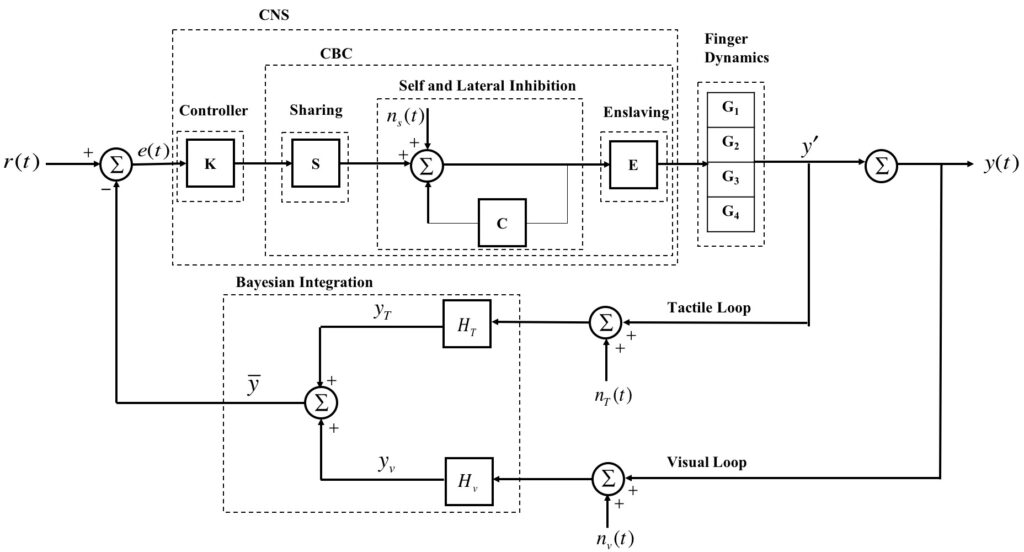 In this project, we sought a mechanism to influence a group of robots (e.g., swarms) based on the coverage control algorithm. Two inputs, time-varying density and time-varying domain, which are agnostic to the size of the system are user-designed to achieve the control of the robotic team.

When the domain is restricted to be convex, the control law we developed can efficiently approach and maintain a centroid Voronoi tessellation (CVT) configuration of the domain even the density function or the domain are evolving fast.

In some practical applications, the time-varying domain may become non-convex in the course of evolution. To solve this type of problem, a time-varying diffeomorphism transforms the non-convex domain into a convex one such that the control algorithm we proposed before can be applied. The trajectories of each robot in the team in the transformed domain are brought back to the real world via the inverse of the transformation. The resulted control law can capture the variation of the non-convex domain efficiently.

The proposed algorithm was verified in both simulation in MATLAB and real robotic implementation at the Collaborative Controls & Robotics Laboratory (CCRL), UMD.

Coverage control is a heavily-studied application of swarm robotics. Typically the domain that the team of agents is trying to survey is prescribed a density function that dictates the importance of a point in the domain. Using the info from the density function, the agents attempt to optimally survey the domain. Coverage control has applications in precision agriculture, search and rescue, reach-avoid games, and human-swarm interaction.

We tested simulations of the sufficient condition in MATLAB and then tested them on robots at the Robotarium at Georgia Tech as may be seen in the video below.